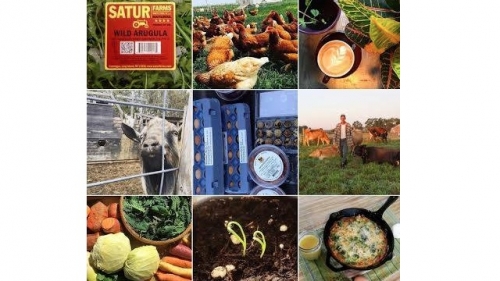 The 13th Annual North Fork Foodie Tour, presented by North Fork Reform Synagogue, on Sunday, September 8 will include the opportunity to explore 20 local sites that highlight a plethora of food producers on the North Fork - spanning from Orient to Riverhead.

The self-guided tour offers a unique behind-the-scenes look at East End farms and other establishments where beloved local artisanal food, wine and beer are created.

"We wanted to do something that gave back to the North Fork community and highlighted the unique qualities of the North Fork. One of the things we all love about the North Fork is the ready availability of fresh fish and produce - right from the bays and farms," Zimmerman noted. "New farmers, vineyards and other food producers were cropping up. We wanted to know more about them - so the Foodie Tour was born."

"Foodie Tour visitors get to go beyond the farm stands and tasting rooms, into the fields and and production areas lead by the farmers, vintner, and brewers. They learn about what it takes to get grow fresh, local products," she explained. "Meet Paulette Satur who with her husband, chef Eberhard Müller - formerly of Manhattan's legendary restaurant, Lutece, started a farm to grow vegetables and herbs that New York's best chefs could not find in the markets. Walk the fields with Paulette and learn how she has expanded her small farm in to a year-round operation which not only supplies restaurants, but also sells to high-end markets such as Whole Foods."

Additionally, Charnews Farm (3005 Youngs Avenue, Southold) will host talks from several guest lecturers, including Chef Taylor Knapp, Head Snail Wrangler at Peconic Escargot, at 10:30 a.m., Chef Stephan Bogardus, formerly of the North Fork Table and Inn, and now at the Halyard, at 11:30 a.m., Monica Ray, a botanical artist, at 12 p.m. Dan Heston, Director of Agricultural Programs for the Peconic Land Trust, at 1:30 p.m., and Abra Moraweic of Feisty Acres at 2:30 p.m. The discussions will cover everything from how to protect and preserve East End farmlands, the benefits and challenges of raising game birds and specialty poultry, a seasonal dish demonstration, what it's like to found a business that raises snails, the centuries-old tradition of Botanical Illustration, and more.

"Or meet Chef Taylor Knapp, who apprenticed an Noma, the restaurant in Denmark which has been ranked the best restaurant in the world," Zimmerman said. "Taylor saw an opportunity to grow fresh snails to supply to chefs who previously could only get them canned or frozen, and began Peconic Escargots here on the North Fork."

Admission to the North Fork Foodie Tour is $25 and free for children.

"Anyone who wants to see where their food and beverages come from, learn how it is grown and produced, and meet the fascinating passionate folks who do the work will love the Foodie Tour," Zimmerman added. "And it's great fun for kids."

The Tour will take place from 10 a.m. to 4 p.m., and many of the venues are offering special programming, such as demos, guided tours, and tastings, as part of the event.